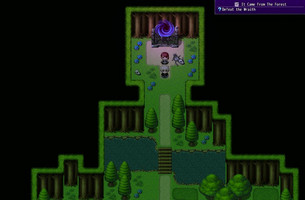 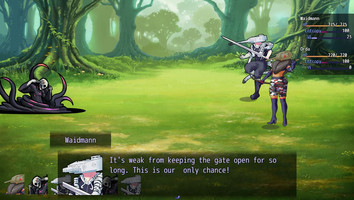 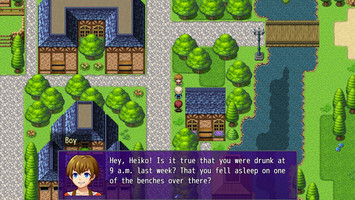 Hi folks, just writing a quick devlog to add some info about the demo. I playtested it as well as I could, but it's possible that I missed some stuff. So let me know if something breaks or behaves oddly.

Before uploading the demo, I "scrubbed" the game files for anything that isn't used (to reduce the filesize), so hopefully I included everyhing that is used. If you are getting errors about files missing, please let me know which ones so I can take note of that.

Something that definitely is missing is the skill and some state descriptions in the notebook (you can buy that item at the Broadburn market). I will try to add those when/if I release an improved or updated demo. I'm also not sure if all monsterbook images/descriptions are included.

The demo ends after fighting the Wraith and returning to the innkeep. (That fight will be much tougher later on, I think.) It should auto-save before the end, but if you want to continue your saved game in future versions of the game, you might want to save before leaving the inn after the quest turn-in. I can't promise that the saved games will be compatible with future versions, but I will try to keep backwards compatibility.

And last but not least, like I said on the game's main page please don't expect regular or soon updates to this project. It's really just something I play around with sometimes when I have nothing better to do.

That's all I can think of right now. Have fun playing!